Interesting article in the Boston Globe about the costs of homes in and around the local suburbs. 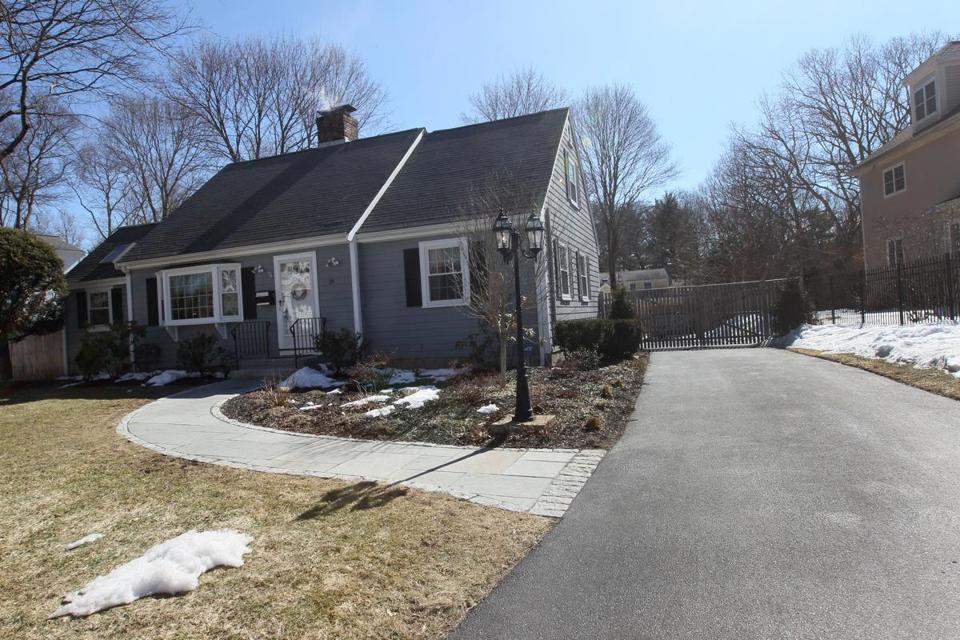 This home on Marshall Road in Wellesley was listed in March for $890,000, one of a small percentage of homes in the community being put on the market for less than $1 million.

Home-hunters now face another hurdle, with listings for less than $1 million making up just a minor fraction of the properties for sale in some of the area’s most affluent suburbs, a recent report finds.

Those looking for anything below $1 million in Wellesley have the biggest challenge, with 12 percent of the homes for sale there in that price range, according to a first-quarter market report by Pinnacle Residential Properties.And the numbers aren’t much better for home buyers in Needham, where listings below $1 million make up just 26 percent of the market, or Weston, where the number is 30 percent, Pinnacle reports.

The result has been mounting frustration for many buyers, even those ready to pay a premium for a house, notes Elaine Bannigan, owner of Wellesley-based Pinnacle.

“We have tons of clients that are so distraught,” Bannigan said. “The prices got so high we are starting to see people throw in the towel in Wellesley.”

Homes selling for more than $1 million also make up most of the market in other area communities, real estate statistics show.

There were 90 houses priced at more than $1 million on the market in Newton as of April 9, compared with 67 below that threshold, according to MLS Property Information Network statistics collected by Redfin, a real estate brokerage company and website.

Faced with limited choices under $1 million, Amol Daxikar, a manager for a consulting firm, has opted to wage a long-term campaign to find the right house in Lexington.

After selling his house in Billerica, he is now renting in Lexington with hopes of landing a house by the end of the year.

With two children, Daxikar is determined to buy in Lexington, attracted by the town’s highly rated school system.

“It’s not at all enough,” Daxikar said of the number of homes selling for less than $1 million. “If you see one of these houses come on the market Wednesday or Thursday, by Monday evening or Tuesday morning it is under agreement.

“If it stays on the market, then something is really wrong with it,” he added.

A buyer who began looking in Wellesley nine months ago and has been outbid on more than one occasion despite crossing the $1 million mark in hopes of landing a house, expressed similar sentiments.

“I have had to stretch my budget to have any chance of buying,” she said.

A general shortage of homes for sale is playing a role in skewing the numbers, Pinnacle’s Bannigan said.

Well-maintained homes that come on the market below $1 million in towns like Wellesley and Needham often spark bidding wars, she said. Homes priced over $1 million have a more limited pool of buyers.

Still, the dearth of homes for sale is not unique to local communities, but a factor across the state, with the inventory down by more than 20 percent from last year, the Massachusetts Association of Realtors reports.

Added to the shortage is another trend playing a significant role in driving up prices in some locales, Bannigan said. In recent years, builders have bought dozens of older homes in Needham and Wellesley, and torn them down to make way for much-larger replacement homes that can be marketed for well over a million dollars.

“They are much more expensive houses than the houses they are replacing,” Bannigan said.

The same phenomenon is also happening in Lexington, with the new homes selling for roughly $1.5 million, said Sandy Rosen, a local real estate agent who works for Redfin.

It has been frustrating even for clients who can cross the million-dollar threshold, with one buyer outbid because he set his maximum budget at $1.3 million, Rosen noted.

“It’s a feeding frenzy, and the low inventory really seems to be driving buyers crazy,” she said.

The dearth of homes priced below $1 million has grown steadily over the past few years, according to Pinnacle.

In 2006, 46 percent of the homes on the market in Wellesley were priced under $1 million, according to Pinnacle. By 2012, the number had dropped to 36 percent, and at 12 percent for the first quarter of this year was trending toward a single digit.

Scott VanVoorhis can be reached at sbvanvoorhis@ hotmail.com.